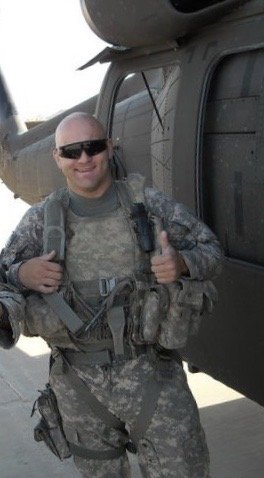 Dave is a veteran of the US Army and Air force and has served for over thirteen years. He is also veteran of the Iraq war and numerous other deployments. Brandon and Dave served together in Iraq in 2010, where they formed a life long friendship over a passion for firearms collecting and shooting sports. Dave, is also the owner and operator of LaserUS, another veteran owned and operator company. LaserUS was formed in January of 2018 and specializes in metal etchings and engravings. During his time in the Air Forge, he became an expert in various different types of laser engravers. He took that knowledge and decided to start a business. LaserUS, LLC works with customers on the personalization of an item from start to finish. They are a very “people” oriented business and want to ensure customer satisfaction. When Dave isn't engraving for LaserUS he works as a gunsmith and engraver at Freedom Forge Armory. Dave is an expert on WW1 and WW2 firearms and often helps to identify military surplus firearms and ammunition from those eras. Dave and LaserUS has been a valuable member of the Freedom Forge Armory team sense 2014. Dave also competes in NRA Service Rifle and EIC  Service Pistol.

“I come from a family of artisans, gunsmiths, and engravers, some of which were also veterans. When I engrave something, I feel like I’m walking on the same path, and I’m proud of that. I’ve been at this for five years now and I want you to know that when I say LaserUS will deliver ‘Quality Metal Etchings and Engravings’, you will get exactly that and nothing less.”