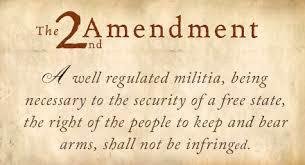 Congratulations VCDL and citizens on a well executed lobby day. There was no arguing with the record crowds that turned out. We made our voices heard on their attempted over reach. The behavior of ordinary citizens was beyond reproach. There were people of all races, creeds, and religions in attendance united in their cause. The media of course was waiting with baited breath for confrontation to erupt but it never did. They tried to spin it with with headlines like “White supremacists and gun owners gather for armed protest at the capital.” but the evidence was clear that law abiding gun owners aren't the problem, and people will no doubt see right through their lies. Attempts were made by anti-gun politicians to freeze out pro-gun citizens, several refused to meet with the people they claim they represent, and the banning of firearms from the capital had no effect on the record crowds. SB16 that would have turned citizens into felons over night was withdrawn that's a great win for our side, but bills like HB458, HB421, and HB961 are just as bad. Other bills are rapidly being rewritten and some bad bills are still in play. Now that lobby day is over they are hoping that we've made our point and will just quietly go away leaving them unchecked. The work is far from over. We must stay informed and keep the pressure on them. Elections are only two years away and we have an opportunity to undo all of this at the ballot box. You must remain engaged and demand that both parties put up candidates for office that not only support the 2nd amendment but the entire constitution. And, make your representative is aware that supporting or voting for bad laws will have consequences at the ballot box regardless of their political affiliation. Once again, great work by all that turned out today in the cold and made our voices heard.