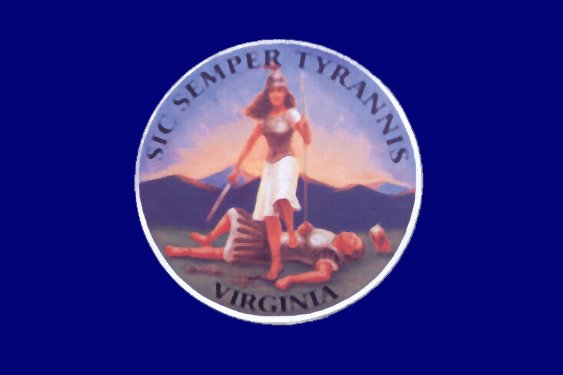 Now this is not the end. It is not even the beginning of the end. But it is, perhaps, the end of the beginning.  - Sir Winston Churchill.

You glorious sons and daughters of Virginia, we have done it. In the face of unimaginable odds and the deep pockets of Mike Bloomberg. All eyes across the nation have been on us and a movement has been growing, they know that as we go so goes the rest of the nation. Today a clear message was sent, we will not be ruled over. We handled this with a gracefulness and poise the likes of which are rarely seen in history, every Virginian should be proud today. We have laid out a road map for other freedom loving Americans to follow.

HB961 was tabled in committee with the help of four Democratic senators this morning. This draconian legislation that would have made anything New York and California have done look like kindergarten is dead, for now.  We can exhale a momentary sigh of relief, but the fight is far from over and this is no time to relax and take a victory lap.

Tactically this is what the situation looks like. The gun banners know where the line is now, and that's good, but they will walk right up to it given a moment of inattention on our part. HB961 has been tabled and referred to the Virginia Crime Commission for more study on what the definition of an "assault weapon" is. The only reason this died is because it was rushed and poorly worded, and we put pressure on the right people. They won't make that mistake again. This is sure to be revived in some form in next years legislative session, and the fight will be on once again. We need to keep the pressure on as there are several other bad bills still in play. Including, Universal background checks, One handgun a month, Local preemption, and Red flag confiscation. Right now we have been handed the momentum we need to defeat these other bills and we need to take full advantage of it by keeping the pressure on the house and senate to defeat or at least get these bills rewritten.

With the defeat of the governors center piece anti-gun legislation at the hands of some of his own party, you can bet he's pretty salty about it right now, and it will be a real uphill knife fight to kill these other bills. If they manage to get a victory with these other bills then it needs to be a Pyrrhic victory. Make it clear that you will support candidates in the up coming elections that respect all of the constitution, and ensure that anything they do will be swiftly undone at the ballot box. Continue to support the VCDL, GOA, and NSSF, and let the NRA take the victory lap even though they didn't have a lot to do with what happened today.