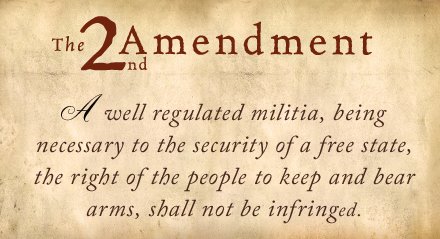 A movement has been growing in Virginia in the wake of the 2019 state house elections. The 2nd Amendment Sanctuary County. Several proposed bills that are being put forth by the incoming members of the state house would turn every law abiding gun owner in Virginia into felons overnight. In response several counties has taken the measure of declaring themselves 2nd Amendment Sanctuaries. What this basically means is the county board of administrators has directed that local law enforcement will not enforce any unconstitutional gun laws and won't assist state or federal law enforcement with enforcement of those laws. As you can imagine some in the incoming administration are a little upset that the good citizens of Virginia are resisting this latest tyranny, but they shouldn't have been surprised we have a long history of doing that. I mean it says so on the Virginia flag.

So far Sussex, Dinwiddie, Nottaway, Appomattox, Campbell, Charlotte, Patrick, Carroll, Giles, Dickenson, and Lee Counties have declared them selves as 2A sanctuaries, and numerous other counties have public hearings scheduled, are writing legislation, or preparing to vote on the measure.

The Virginia Citizens Defense League is heading up these efforts across the state. www.vcdl.org. has information on when the public hearings are being held so you can make plans to attend and make your voice heard, and if you're waiting on help from the NRA don't hold your breath.

For residents of Hanover County I don't see us on the VCDL list but I've heard that a public hearing will be held on the 11th of December.

The VCDL has stated that they have received so many emails that they are very behind on getting out accurate and timely information on these hearings as things in county government tend to move a lot faster than they do in state and federal government. So it will be up to you to get involved and find out when and where these hearing will be held, and show up. Showing up is the most important part.

HB 2, SB 12. Requires a background check for any firearm transfer.

HB 9. Requires that, if a firearm is lost or stolen from a  person who lawfully possessed it, such person shall report the loss or theft of  the firearm to any local law-enforcement agency or the Department of State  Police within 24 hours.

SB 13. Makes it a Class 1 misdemeanor for a person to possess or transport any (i) gun or other  weapon designed or intended to propel a missile or projectile of any kind; (ii) frame, receiver, muffler, silencer, missile,  projectile, or ammunition designed for use with a  dangerous weapon; or (iii) other dangerous weapon within Capitol Square.

SB 14. Prohibits the  manufacture, importation, sale or offer to sell, possession, transfer, or  transportation of a trigger activator, defined in the bill  as (i) a device designed to be attached to a semi-automatic firearm,  which allows the firearm to discharge two or more shots in a burst by  activating the device, including a bump-fire device or a binary trigger.

SB 15. Makes it a Class 1 misdemeanor for a person to  transport any (i) gun or other weapon designed or intended to propel a missile  or projectile of any kind; (ii) frame, receiver,  muffler, silencer, missile, projectile, or  ammunition designed for use with a dangerous weapon;  or (iii) other dangerous weapon into a building owned or leased by the  Commonwealth or any agency.

SB 16.  Expands the definition of "assault firearm" and  prohibits any person from importing, selling,  transferring, manufacturing, purchasing, possessing, or transporting an  assault firearm. A violation is a Class 6 felony. The bill prohibits a  dealer from selling, renting, trading, or transferring from his inventory an  assault firearm to any person. The bill also prohibits  a person from carrying a shotgun with a magazine that will hold more than seven  rounds of the longest ammunition for which it is chambered in a public place;  under existing law, this prohibition applies only in certain localities. The  bill makes it a Class 1 misdemeanor to import, sell,  barter, or transfer any firearm magazine  designed to hold more than 10 rounds of ammunition.

SB 22. Prohibits any person who is not a licensed firearms dealer from  purchasing more than one handgun in a 30-day period.

SB 35. Authorizes  any locality by ordinance to prohibit the possession or carrying of firearms,  ammunition, or components or any combination thereof in a public space during a  permitted event or an event that would otherwise require a permit.